Renowned live casino game maker Evolution Gaming introduces you to a new exclusive Lightning Baccarat game! The new game has multipliers and Lightning themes based on the most traditional Baccarat game. The new, exclusive Lightning Baccarat game combines live play and RNG (random number generator) multipliers with a big payout and it is a new exciting feature of classic baccarat. The goal of the game, as in standard live baccarat, is to predict whose hand will be closer to the sum of number 9, Players or Bankers. 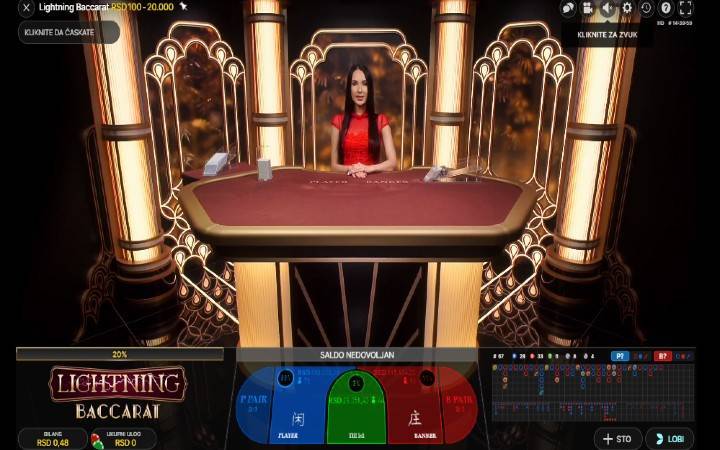 The game has simple rules, the game is led by a dealer and is played with eight standard decks of 52 cards. Players can place their bet on the Player, Banker or Draw. Ticket values ​​are as follows:

Before each deal, players must place a bet on whether the Player’s or Banker’s hand will win the round closest to the sum of 9. If you believe that both the Player and the Banker will have hands of the same value, you can place your bet on a Draw.

In addition, you can place a bet on a Player or Banker Pair which will be paid out if the first two cards dealt to the Player / Banker are a pair. 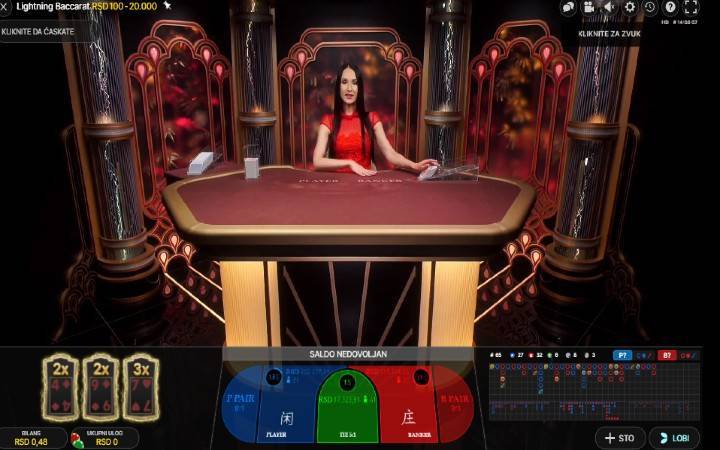 However, unlike traditional baccarat, after the betting time has elapsed, lightning begins and the lightning effect between the lightning cards begins. A random multiplier is instantly added to each of these cards. 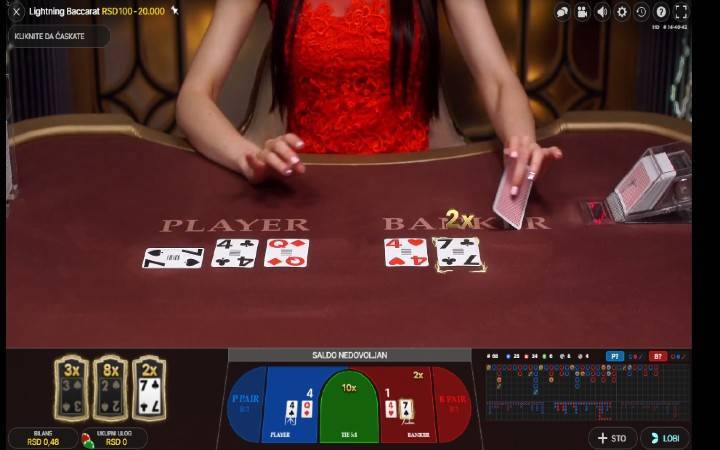 The game is available on all devices, both on the desktop and on the tablet and mobile phone. All games in the Lightning series are set in a stunning black and gold Art Deco environment and have random lightning bolts in the user interface to denote high-paying RNG multipliers.

The RTP (return to the player) is an incredible 98.76%. Players have access to the phenomenal Chat option in the left corner, where you can talk to the dealer and other players.

Enjoy the exclusive lightning game Baccarat in the Live Dealer section, that is, Live Casino Games.

You can watch reviews of live casino games here.