Stars Ablaze – tap the stars with a top casino game!

A well-known theme of a fun game with great bonuses awaits you in the Stars Ablaze video slot of the prominent Playtech casino game provider! Juicy fruits with a special bonus feature will make you dance with this casino game! 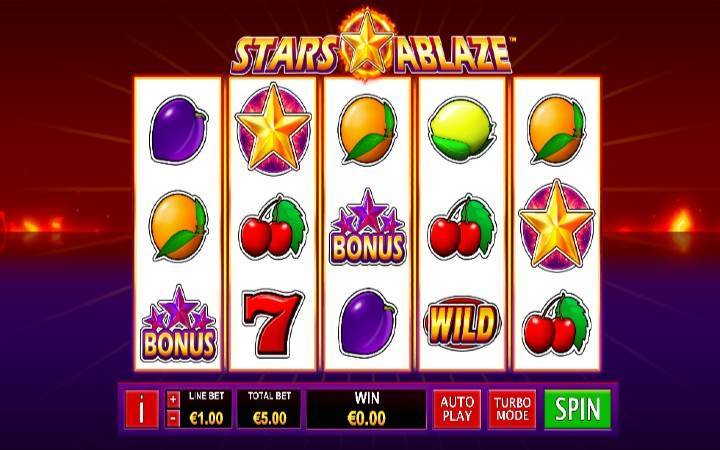 The setting of the online casino game is on five reels in three rows and five paylines with the familiar theme of fruit trees and a special bonus function. The background of the game is a fiery red trail with flames of fire that ignite in a bonus round.

Well-known fruit symbols with interesting animations and flaming effects will greet you on the reels. The special bonus round is interesting, fun and lucrative. The theoretical return to the RTP player of this casino game is 96.44%, which means the possibility of winning a great payout.

Stars Ablaze – fruits with a bonus round in the casino game!

On the reels of the fruit-themed video slot, you will be greeted by standard fruit symbols, ranging from cherry, orange and lemon, to symbols of greater paying power. Plum and juicy watermelon can bring you significant payouts when they appear in a combination of three or more. Then follow the symbols of the lucky red number seven and the golden star. Five gold star symbols will reward you 7,500 times more than the stakes. 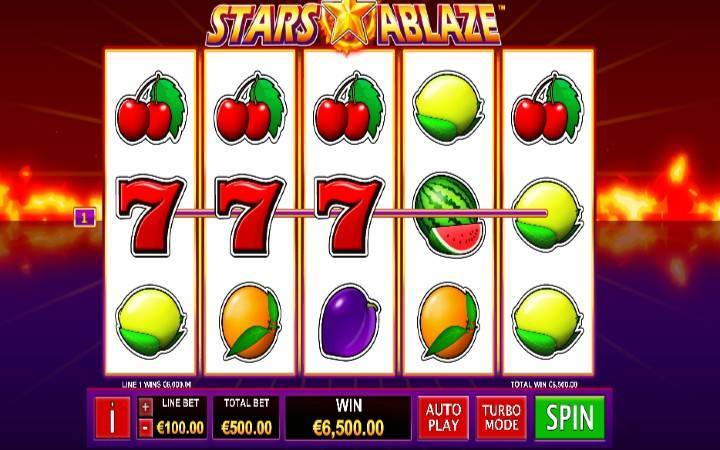 The Stars Ablaze slot also features the two special symbols, which are the Bonus and Wild symbol. The Bonus symbol is surrounded by purple stars and triggers a special Blazing Bonus function. The Wild symbol has the power to replace all regular symbols, except the Bonus symbol, and thus help create good winning combinations.

Before you embark on a fruity adventure, familiarize yourself with the game commands at the bottom of the slot. The Line Bet button is used to set the desired stake, while the Spin button in the green square is used to start the game.

You need to click on one of the fruit trees to discover the cash prize. When you select a symbol from the first row, fruit trees from the next row are placed in its place, so you choose a new prize that adds up to the previous one. All this is accompanied by a great animation of the fire in the background. The bonus game of choosing fruit symbols and discovering prizes lasts until the Collect sign appears on the fruit you have selected. Then your previous amount is entered, as a win, and the bonus game ends. 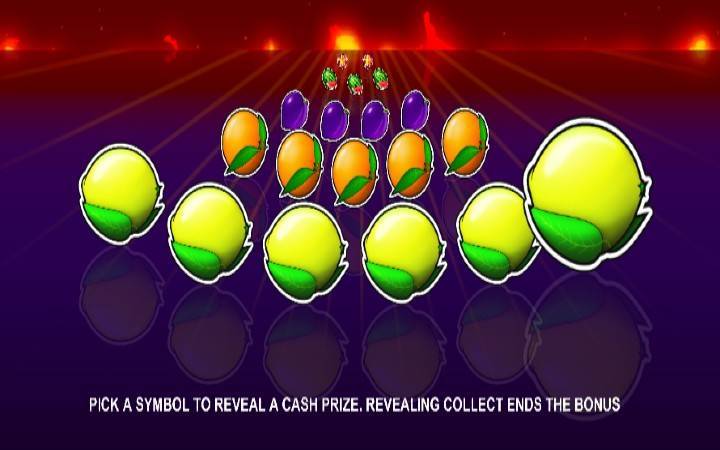 If you manage to get some of the wild symbols during the bonus round, they replace the other symbols, which can mean a great payout. During the game, during the winning combination, interesting sound effects are heard.

The Stars Ablaze video slot is a fairly simple and fun game that will appeal to all categories of players. The game also has a demo version, so you can try it out before investing real money. This casino game is also optimized for all devices.

Enjoy juicy fruit trees, great animations and an exciting bonus round of this online casino game.

You can read our best reviews of other casino games here.