If you are a fan of four-wheeler races, then the slot Wheels n Reels from the game developers Playtech will delight you. The game is made just like the real Formula 1 cars, so choose your car and start winning. The game features a lot of symbols that are known in Formula 1, you will see Pit Stop, boxing, formulas, a flag to announce the winner, a helmet and different cars. Try this game to feel the power of hot tires! 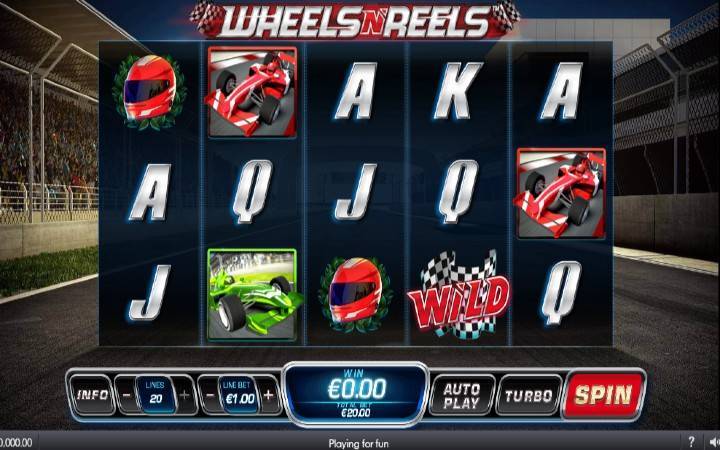 This game has five reels in three rows and twenty active paylines. You can change and adjust the number of paylines as you need. If you like big wins, our recommendation is to play on all 20 paylines.

You can change your bet by clicking on Line Bet. When you multiply the value of the Line Bet by the paylines on which you play, you get the value of the Total Bet. You can speed up the game by activating Turbo Mode. You can activate the Autoplay option at any time and choose between five and 100 spins to go through this feature. All symbols pay exclusively from left to right, starting from the first reel on the left. The scatter symbol is the only one that pays anywhere on the reels.

Some symbols will offer you winnings when you match two in a row, while most pay only for three symbols in a row. If you make more than one winning combination on one payline, you will be paid the highest value combination. The sum of winnings is possible if they are realized on different paylines.

The symbols of the lowest value are the classic card symbols J, Q, K and A. Each of these symbols carries a different payout value, the symbol J pays the least, while the most valuable among them is A.

After these symbols, the next symbol in value is the helmet symbol. Five of these symbols in the winning streak will bring you 300 times the value of the stakes per payline! The symbols of the green, blue and red car of the formula are the following in terms of payout value. The red symbol will bring you as much as 1,000 times the value of the stakes on the payline!

The scatter symbol is represented by a trophy awarded to the winner of the race. This symbol is the only one that pays wherever it is on the ridges. But even though this is a scatter, it still doesn’t start a round of free spins. Another symbol is responsible for that in this game. Five scatters anywhere on the reels will bring you 50 times more than your stake per spin!

The symbol of the greatest value in this game is the wild symbol and it is represented by a flag that marks the end of the race. It changes all symbols except scatter and bonus symbols and helps them achieve a winning combination. But this is a symbol of the greatest paying power. Five Wilds on the payline brings 10,000 times more than the value of bets per payline! 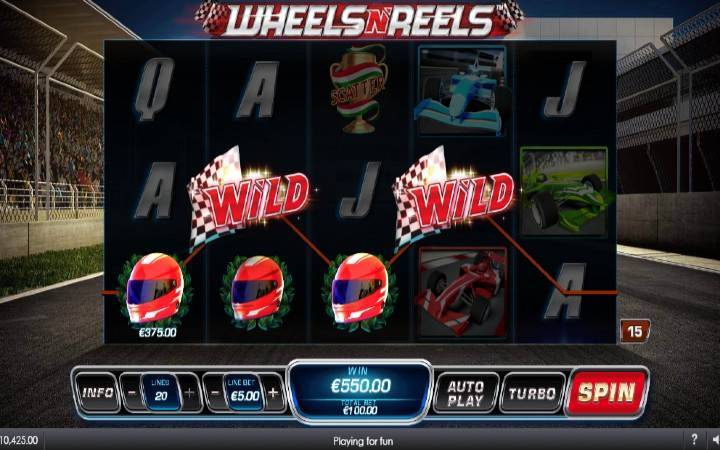 The bonus symbol is represented by tires and bears the inscription Pit Stop Bonus on it. You start the free spins function if two bonus symbols appear on the reels, one on the first and the other on the fifth reel. 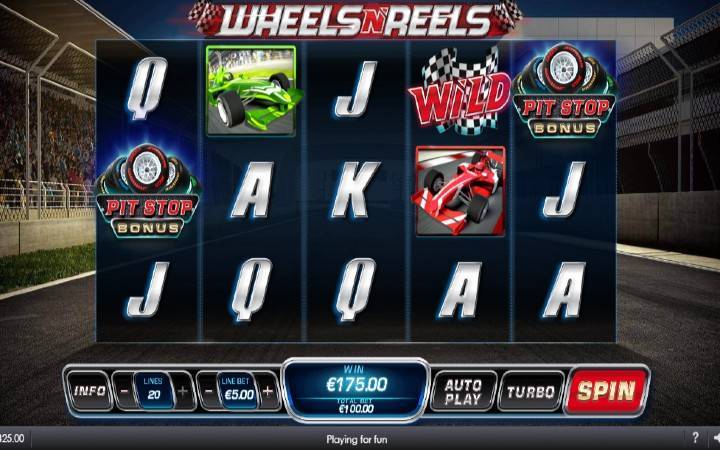 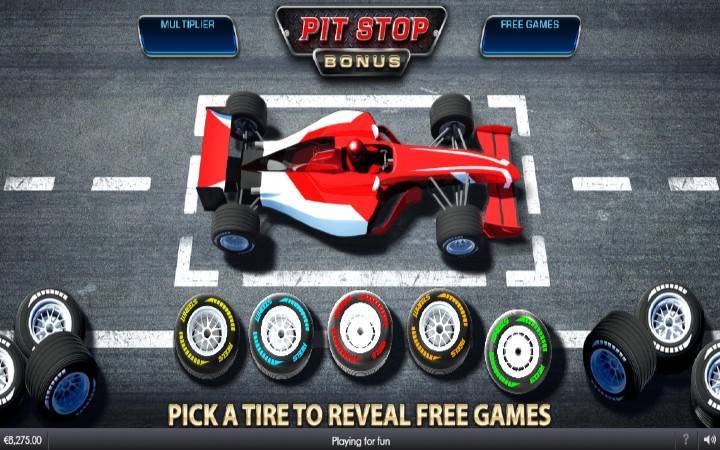 The graphics are perfect, and the reeds are located on the trail. In addition to dynamic music, you will constantly hear the sound of the formula passing by you.

Take your place in a Formula 1 car, play Wheels n Reels and win the photo finish!

Read our best reviews of other online casino games here.

HotHoney 22 Vip – the slot represents a drawing on the body!